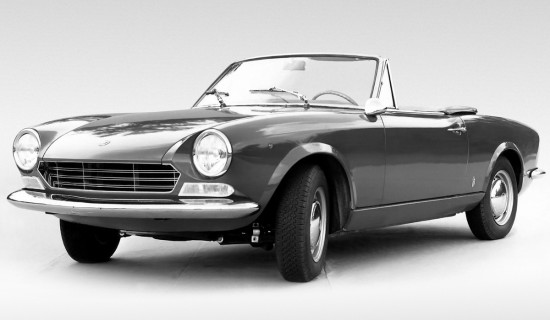 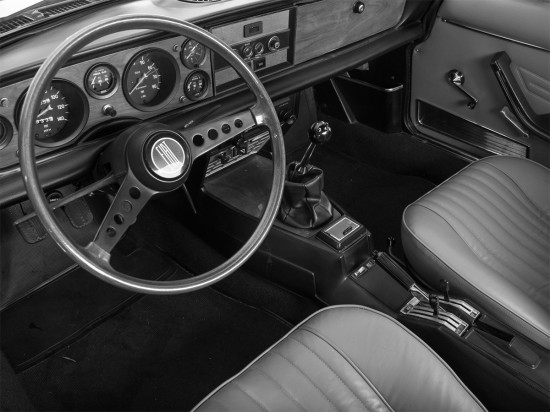 The Fiat 124 Sport Spider is a convertible sports car marketed by Fiat for model years 1966-1985. Designed by and manufactured at the Italian carrozzeria Pininfarina factory, the monocoque, front-engine, rear drive Sport Spider debuted at the November 1966 Turin Auto Show with styling by Tom Tjaarda.

Fiat later marketed the car as the Sp >[4]

The four-cylinder engine used in the sp >[7] Bosch fuel injection replaced the previously used Weber carburetors m >[a] This family of engines remained in production into the 1990s giving it one of the longest production-runs in automotive history. The double overhead cam (DOHC) version was the first mass manufactured DOHC to utilize reinforced rubber timing belts, an innovation that would come into nearly universal use in the decades after its introduction. Its family powered race cars such as the FIAT 131 Mirafiori, 124 Special T, Lancia Beta Montecarlo, Delta Integrale and many others.

Suspension is conventional by unequal length wishbones and coil over damper at the front and by coil sprung live rear axle at the rear which is located by a transverse link (Panhard rod) and two pairs of forward extending radius rods to react to braking and acceleration forces, and to control axle wind-up.

Amongst the most notable modifications over the standard spider there were independent rear suspension, engine upgrades, lightweight body panels, and a rigid hard top.

In place of the usual rear solid axle, there is independent suspension from lower wishbones, the original trailing arms, an upper strut and an anti-roll bar. At the front a radius rod on each side was added to the standard double wishbones.