The Ford Sierra RS Cosworth is a high-performance version of the Ford Sierra that was built by Ford Europe from 1986 to 1992. It was the result of a Ford Motorsport project with the purpose of producing an outright winner for Group A racing in Europe. [1]

The project was defined by Stuart Turner in the spring of 1983. He had recently been appointed head of Ford Motorsport in Europe, and he realised right away that Ford was no longer competitive in this area.

Turner got in touch with Walter Hayes, at the time the vice-president of public relations at Ford, to get support for the project. Hayes had earlier been the driving force behind the development of the Ford GT40 that won Le Mans in 1966, and the Cosworth DFV engine that brought Ford 154 victories and 12 world championships in Formula One during the 1960s and 1970s. Hayes found the project very appealing and promised his full support.

Turner then invited Ken Kohrs, vice-president of development, to visit Ford’s longtime partner, the automotive company Cosworth, where they were presented a project developed on Cosworth’s own initiative, the YAA engine. This was a twin cam, 16-valve engine based on Ford’s own T88 engine block, better known as the Pinto. This prototype proved an almost ideal basis for the engine Turner needed to power his Group A winner.

Therefore, an official request for a turbocharged version (designated Cosworth YBB) capable of 180 HP on the street and 300 HP in race trim, was placed. Cosworth answered positively, but they put up two conditions: the engine would produce not less than 150 kW (204 HP) in the street version, and Ford had to accept no fewer than 15,000 engines. Turner’s project would only need about 5,000 engines, but Ford nevertheless accepted the conditions. The extra 10,000 engines would later become one of the reasons Ford also chose to develop a four-door, second generation, Sierra RS Cosworth.

To find a suitable gearbox proved more challenging. The Borg-Warner T5, also used in the Ford Mustang, was chosen, but the higher revving nature of the Sierra caused some problems. Eventually Borg-Warner had to set up a dedicated production line for the gearboxes to be used in the Sierra RS Cosworth.

Many of the suspension differences between the standard Sierra and the Cosworth attributed their development to what was learned from racing the turbocharged Jack Roush IMSA Merkur XR4Ti in America and Andy Rouse’s successful campaign of the 1985 British Saloon Car Championship. Much of Ford’s external documentation for customer race preparation indicated "developed for the XR4Ti" when describing parts that were Sierra Cosworth specific. Roush’s suspension and aerodynamics engineering for the IMSA cars was excellent feedback for Ford. Some production parts from the XR4Ti made their way into the Cosworth such as the speedometer with integral boost gauge and the motorsport 909 chassis stiffening plates.

In April 1983, Turner’s team decided on the Sierra as a basis for their project. The Sierra filled the requirements for rear wheel drive and decent aerodynamic drag. A racing version could also help to improve the poor, and somewhat undeserved, reputation that the Sierra had earned since its introduction in 1982.

Lothar Pinske, responsible for the car’s bodywork, demanded carte blanche when it came to appearance in order to make the car stable at high speed. Experience had shown that the Sierra hatchback body generated significant aerodynamic lift even at relatively moderate speed.

After extensive wind tunnel testing and test runs at the Nardò circuit in Italy, a prototype was presented to the project management. This was based on an XR4i body with provisional body modifications in fibreglass and aluminium. The car’s appearance raised little enthusiasm. The large rear wing caused particular reluctance. Pinske insisted, however, that the modifications were necessary to make the project successful. The rear wing was essential to retain ground contact at 300 km/h, the opening between the headlights was needed to feed air to the intercooler and the wheel arch extensions had to be there to house wheels 10” wide on the racing version. Eventually, the Ford designers agreed to try to make a production version based on the prototype.

In 1984, Walter Hayes paid visits to many European Ford dealers in order to survey the sales potential for the Sierra RS Cosworth. A requirement for participation in Group A was that 5,000 cars were built and sold. The feedback was not encouraging. The dealers estimated they could sell 1,500 cars.

Hayes did not give up, however, and continued his passionate internal marketing of the project. As prototypes started to emerge, dealers were invited to test-drive sessions, and this increased the enthusiasm for the new car. In addition, Ford took some radical measures to reduce the price on the car. As an example, the car was only offered in three exterior colours (black, white and moonstone blue) and one interior colour (grey). There were also just two equipment options: with or without central locking and electric window lifts.

The Ford Sierra RS Cosworth was first presented to the public at the Geneva Motor Show in March 1985, with plans to release it for sale in September and closing production of the 5,000 cars in the summer of 1986. 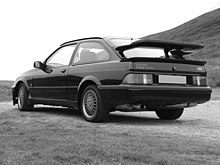 Mike Moreton was head of the team that planned to develop an evolution edition aimed at making the car unbeatable on the race tracks. In March 1987, Aston Martin Tickford was signed for the job of converting the 500 cars.

The main difference to the Sierra three-door Cosworth was the uprated Cosworth’s competition engine. Its new features were: [2]

The RS500 also had minor external cosmetic differences to its parent the Sierra three-door Cosworth:

Exactly 500 RS500s were produced, all of them RHD for sale in the UK only – the biggest market for this kind of Ford car. It was originally intended that all 500 would be black, but in actuality 56 white and 52 moonstone blue cars were produced. [1]

Some European tuners, missing a LHD RS500 version, have set up some elaborate versions of the Sierra RS Cosworth for private customers, replicating some of the RS500’s specs. The most famous tuner dedicated to this project was Wolf Racing, who was already racing and winning as official team with the Sierra from 1986 through 1989 in the German touring car championship Deutsche Tourenwagen Masters.

The official tuning kit for the engine included:

The declared power was 260 PS, although some owners claim at least 40 PS more. From 1986 through 1989 (nearly two years after the end of production of the first series), n.10 street-legal RS500 replicas -in Ford’s moonstone blue colour- have been manufactured.

In August 1987, the Sierra RS500 Cosworth was homologated with a larger turbo, new rear deck spoiler and an extra 100 horsepower. Fords took pole position in all the remaining six 1987 World Touring Car Championship events, and was first over the finish line in four of them. Disqualification of the works Eggenberger Motorsport cars from the 1987 Bathurst 1000 in Australia for wheel arch panel irregularities deprived Klaus Ludwig and Klaus Niedzwiedz of the world championship. The Eggenberger Motorsport team d >[4] [5] Eggenberger won the 1989 Spa 24 Hours. Robb Gravett won the 1990 British Touring Car Championship in a RS500. Essentially the Evolution RS500 was the creation of Eggenberger who insisted the editions he proposed for the Evolution would make the Sierra a winner and dominate touring car racing around the world.

The RS500 was successful in the 1988 DTM with Klaus Ludwig in the Ford Team Grab winning the drivers championship and Wolf Racing winning the Team Championship, Both Grab and Wolf were Ford Works Teams and beat Mercedes-AMG Boss along with BMW M Sport for the honours.

The RS500 was successful in Australian touring car racing with Dick Johnson Racing dominating the 1988 and 1989 Australian Touring Car Championships, with Dick Johnson and John Bowe finishing one-two in both years. Early in 1988, the Johnson team also took the step of homologating a modified Ford nine-inch axle for the Sierra, eliminating the car’s drivetrain weakness and allowing the cars to be driven harder with less fear of failure. This was also seen as essential in Australia which used standing starts compared to the rolling starts used in Europe.

The RS500 won the Bathurst 1000 twice; in 1988 with Tony Longhurst and Tomas Mezera and in 1989 with Johnson and Bowe. It also won the 1988 Sandown 500 with Allan Moffat and Gregg Hansford. Robbie Francevic won the New Zealand Touring Car Championship in 1989 and 1990 for Mark Petch Motorsport.

Major series and race wins by the Ford Sierra RS500 include: 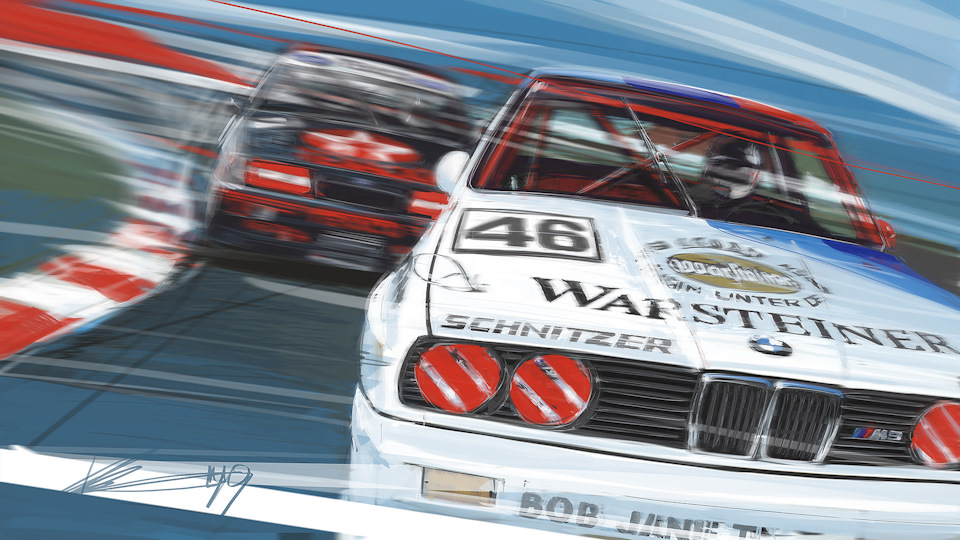 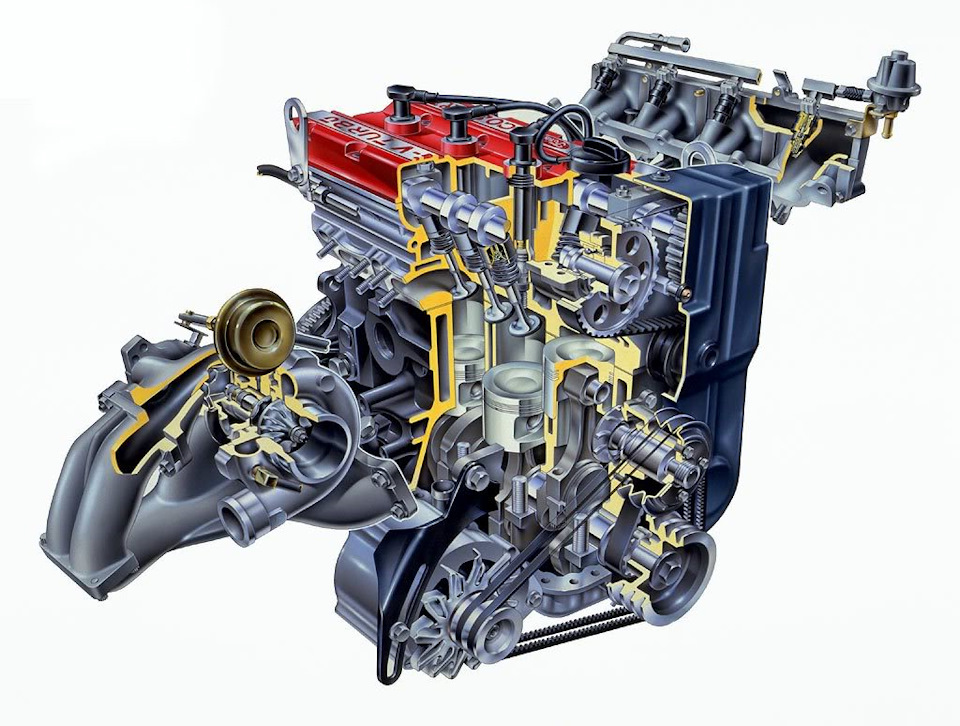